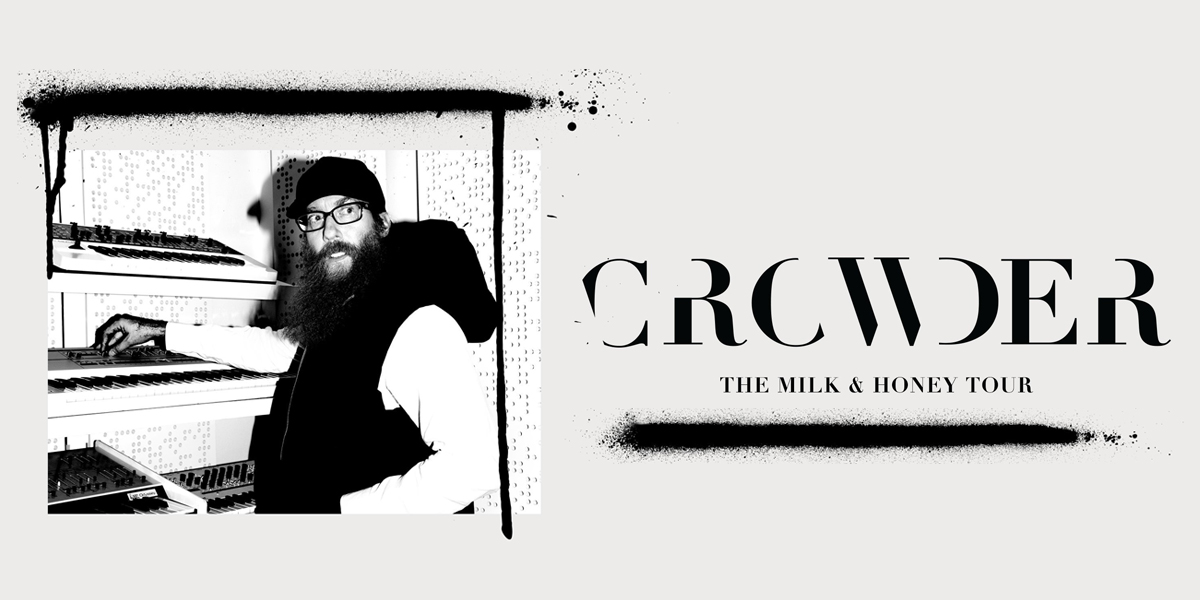 Crowder: The Milk and Honey Tour

The Milk and Honey Tour

Over 3 Million records sold and 3 GRAMMY® Nominations. Crowder’s first solo album, Neon Steeple, debuted at No. 8 on the Billboard 200, was named iTunes 2014 Christian Album of the Year, garnered multiple radio hits, two GRAMMY® nominations, a Grand Ole Opry debut, and a Dove Award. American Prodigal, the awaited GRAMMY® nominated follow-up album released in 2016, landing at No. 1 on the Christian & Gospel Album Chart, No. 3 on the Digital Albums Chart, No. 5 on the Top Albums Billboard Chart and No. 12 on the Top 200 Billboard Chart. The song “All My Hope” brought Crowder a No. 1 radio single, in addition to two Top 10 singles prior to that from American Prodigal. This record has also earned the solo artist a Dove Award, and six Dove Award nominations. As an artist, Crowder continues to challenge preconceived boundaries and engages listeners in a way that is deeply affecting.

More posts by The River